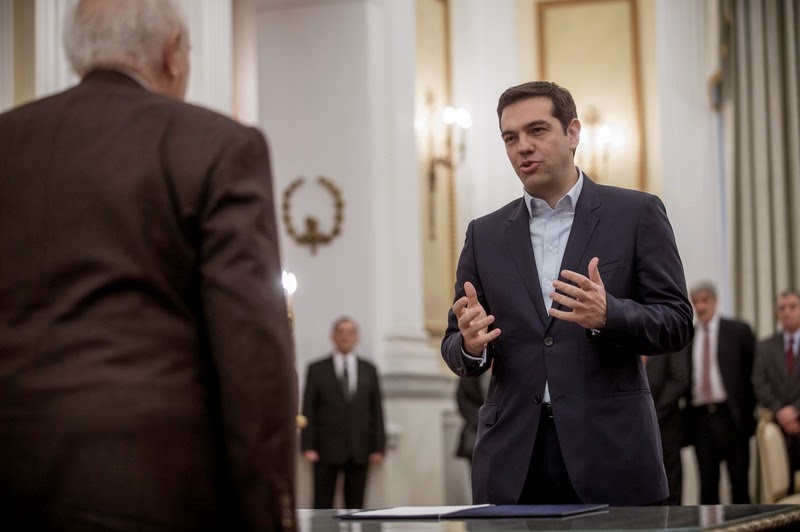 Politics makes for strange bedfellows, and mixing the radical left and right can make those partnerships even more messy the morning after.

Hours after waking up to a landmark victory in the Greek parliamentary elections, heads turned when the country's leftist SYRIZA party quickly secured a deal with the right-wing Independent Greeks to form a government.

"This new government has managed to combine both extremes of the eurosceptic and europhobic left and right," said Aristides Hatzis, associate professor of law and economics at the University of Athens.

Kammenos is opposed to immigration, decries multiculturalism, and is determined to uphold the conservative religious and social values of the Greek Orthodox church.

Tsipras - formerly of the Greek communist party - cleaves to the left's gospel of equality and personal freedom. He is a devout atheist.

What they share is a deep resentment toward the foreign creditors who bailed their country out in 2010 and have demanded tough austerity measures in return.