As Goes Greece, So Goes the Euro 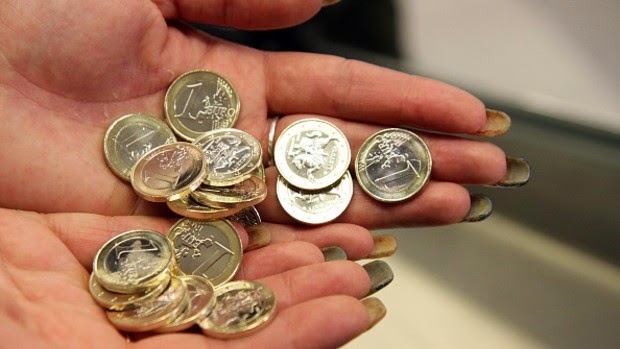 German Chancellor Angela Merkel is said to view Greece's exiting the euro as a manageable risk that would pose no existential crisis for the common currency. That opinion, if she indeed holds it, is misguided at best and dangerous at worst.

It's true that Greece poses a less naked financial risk to the rest of the euro region than it did in 2009, when revelations about the true size of its deficit triggered the ongoing crisis. Today, only about a fifth of Greek government debts are owed to the private sector, thanks to the country's bailout by the European Union, the European Central Bank and the International Monetary Fund. And borrowing by Greek private companies accounts for less than 1 percent of loans made by Europe's biggest banks, according to JPMorgan.

So it's true that, if Greek elections later this month produce a new government prepared to default on its debts rather than continue with austerity, the financial repercussions will be limited. That says little, however, about the chaos that could accompany the country's departure from the euro. Contagion is never predictable.