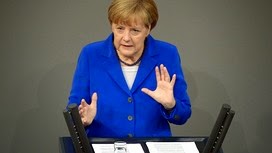 Chancellor Angela Merkel’s conservative coalition partner on Monday warned the German government against meddling in the Greek elections, as debate intensified in Berlin about how to respond to the prospect of a new populist government in Athens.

Horst Seehofer, head of the Bavaria-based CSU, said on Monday that while it was right to attach conditions to aid for crisis-hit Greece “we should not behave as a schoolmaster in the Greek election campaign”.

Mr Seehofer’s intervention highlights the dilemma facing Ms Merkel as Greeks prepare to go to the polls this month in an election that could bring to power the hard-left Syriza party. Syriza is seeking a relaxation of austerity and a lightening of Greece’s debt load that would put the country at odds with its international creditors.

The chancellor wants Greece to remain in the eurozone, but does not want to grant debt relief or other concessions sought by Greeks for fear of burdening German taxpayers with the costs.