Alexis Tsipras: we want debt relief and the Elgin Marbles 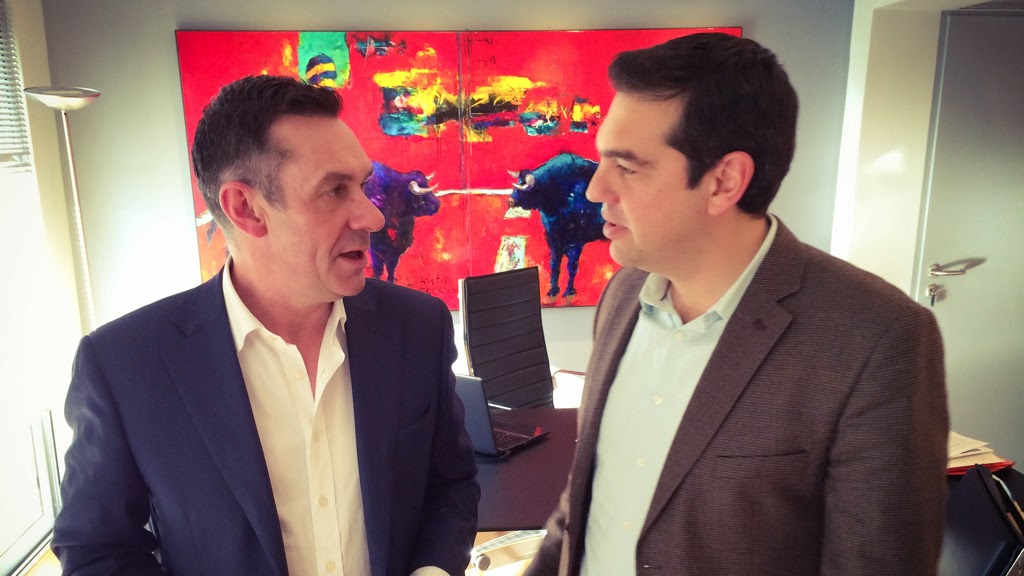 Alexis Tsipras arrives late: he’s spent the morning sorting out wrangles over Syriza’s candidate list for this month’s election. As the polls currently predict he’s likely to win, this is no longer a side issue. If Syriza becomes the first far left government in modern Europe, those MPs will be asked to pull the trigger on a showdown with Europe that could change the economics of the whole eurozone.

Tsipras has pledged to end the austerity programme imposed by the troika – and at the same time negotiate the write-off of 50 per cent of Greek debt. So the obvious question is: what does he do if they say no?

“I’ve answered that thousands of times since 2012,” he says. “Syriza is the alarm clock that will wake the EU leaders out of their slumber. What we demand is a European conference, to tackle this European problem together, and there cannot be a solution without writing off a large part of the debt, a moratorium on repayments and a growth clause.”

Posted by Yulie Foka-Kavalieraki at 6:01 PM