After Syriza Victory, Alexis Tsipras May Find His Alliance With Independent Greeks Short-Lived 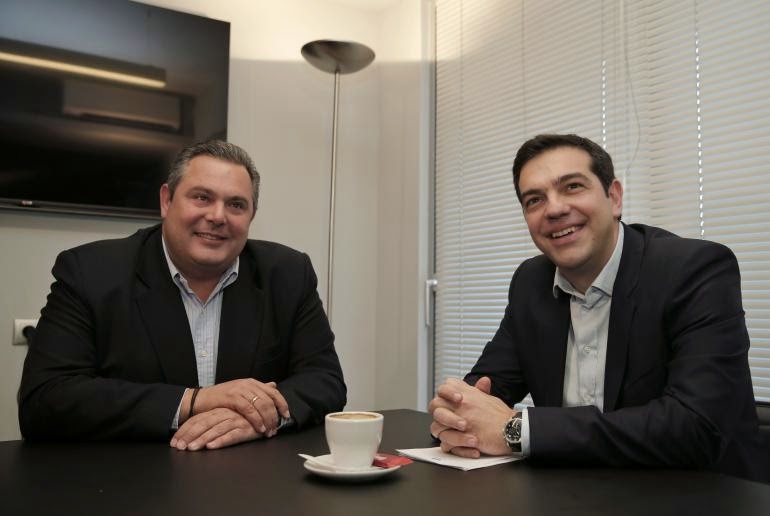 Greece, Europe’s most indebted country, has a new government, whose main agenda is the rejection of the repayment terms of that debt. But the two parties making up its parliamentary majority agree on so little, other than refusing the current debt repayment, that Greeks may find themselves going back to the polls soon, after a likely collapse of the alliance between left-wing Syriza and arch-conservative Independent Greeks.

Syriza, the Greek acronym for Grouping of the Radical Left, is a rainbow coalition that, true to its name, runs from former Socialists to unreconstructed Communists. Led by 40-year old civil engineer Alexis Tsipras, who as of Monday is Greece’s prime minister, it has risen to become the standard-bearer of the European leftist parties that refuse the austerity cuts imposed by the European Union as a way out of the fiscal crisis.

The Independent Greeks, or ANEL in the Greek acronym, are at the very opposite of the political spectrum, a nationalist, rightist movement with a social agenda that couldn’t be further from the secular, progressive Syriza.