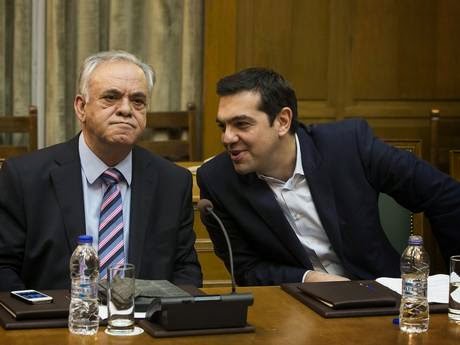 Greece’s new cabinet faces the biggest task of any Greek government since democracy returned in 1974; how to save the nation. A frustrated, fatigued and angry electorate has put into power a new radical left party because all else seems to have failed. Indeed, in some ways the austerity programme had made things worse. So now prime minister Alexis Tsipras, and finance minister Yanis Varoufakis, a self-described libertarian Marxist, face Angela Merkel and the conservatively-inclined Germany taxpayer in a battle of wills. All the signs are that the Greeks will not win...

Or at least not in the hard world of international finance. It really doesn’t matter that much, when push comes to shove, if your government won 35% of the vote or 65% per cent of the vote in a general election. You owe the money; you need to pay it back as agreed. Alexis Tsipras and his new cabinet will soon be told that.

So every other nation that has had to have a bailout will want the same treatment; and if they don’t get it then they just hold an election and put a leftists Syriza-style party into power that just says “can’t pay, won’t pay” into power. Soon all of Europe will be run by governments that don’t believe in honouring their obligations, and have a few more damaging policies besides. Not something to be encouraged.