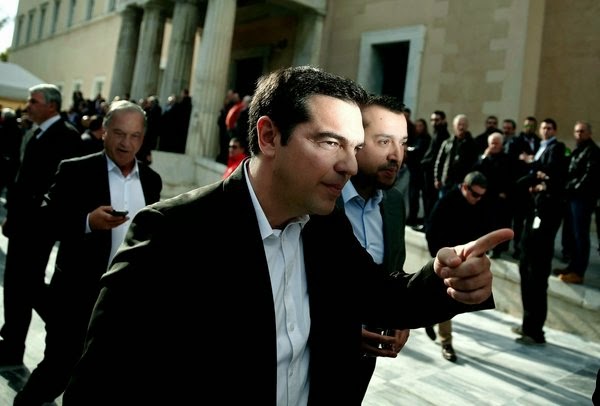 Remember “Grexit”? That would be the term, coined by Citigroup analysts in 2012, for Greece exiting the euro currency area, an event that at the time seemed to threaten the very idea of a united Europe and sent tremors through the global economy.

Now, Grexit may be back. But, remarkably, the sense of panic isn’t.

The Greek Parliament’s centrist governing coalition wasn’t able to agree on a new president Monday, and instead called new elections for Jan. 25. Polls point to victory by a more extreme party, the left-wing Syriza, which is skeptical of the European Union.

A Syriza victory would set up a standoff between the most likely prime minister, Alexis Tsipras, and the “troika” of the European Commission, European Central Bank and International Monetary Fund. The new Greek government is likely to insist on a renegotiation of bailout terms, and the European institutions must decide whether to acquiesce or adopt a hard line that might leave Greece with no other choice but to go out on its own outside the umbrella of the single European currency. (Germany’s finance minister articulated the hard-line position on Monday, but that’s what you would expect him to say at this stage.)