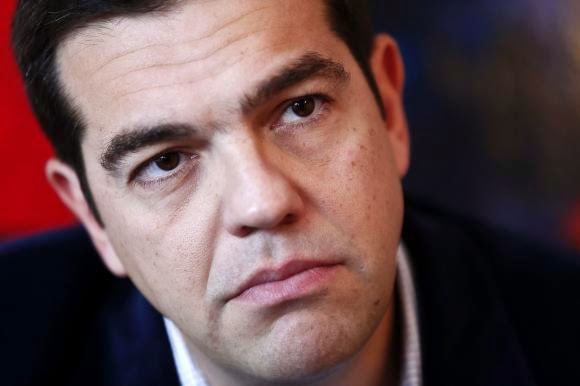 Greece's radical leftist Syriza party will cancel austerity and ask Europe to erase a big chunk of Greek debt to free the country from the dark spell it has fallen under, leader Alexis Tsipras told Reuters on Thursday.

In an interview at his party headquarters in a gritty Athens district, Tsipras sought to reassure markets wary of Syriza sweeping into power, saying he was committed to keeping Greece in the euro and keeping the budget balanced before debt costs.

"The fear-mongering of 2012 and the fear today that if Syriza comes to power in Greece Europe will be destroyed, in reality works as a self-fulfilling prophecy," said Tsipras.

"A Syriza victory will break the bad spell and liberate markets. It will create a feeling of security."

Fears among investors that Greece is heading for an early national election that will bring Syriza to power have sent Greek stocks and bonds crashing in recent weeks. Markets have been spooked by Syriza's hard line on demanding a debt write-off and plans to cancel an EU/IMF bailout that is keeping Greece afloat.