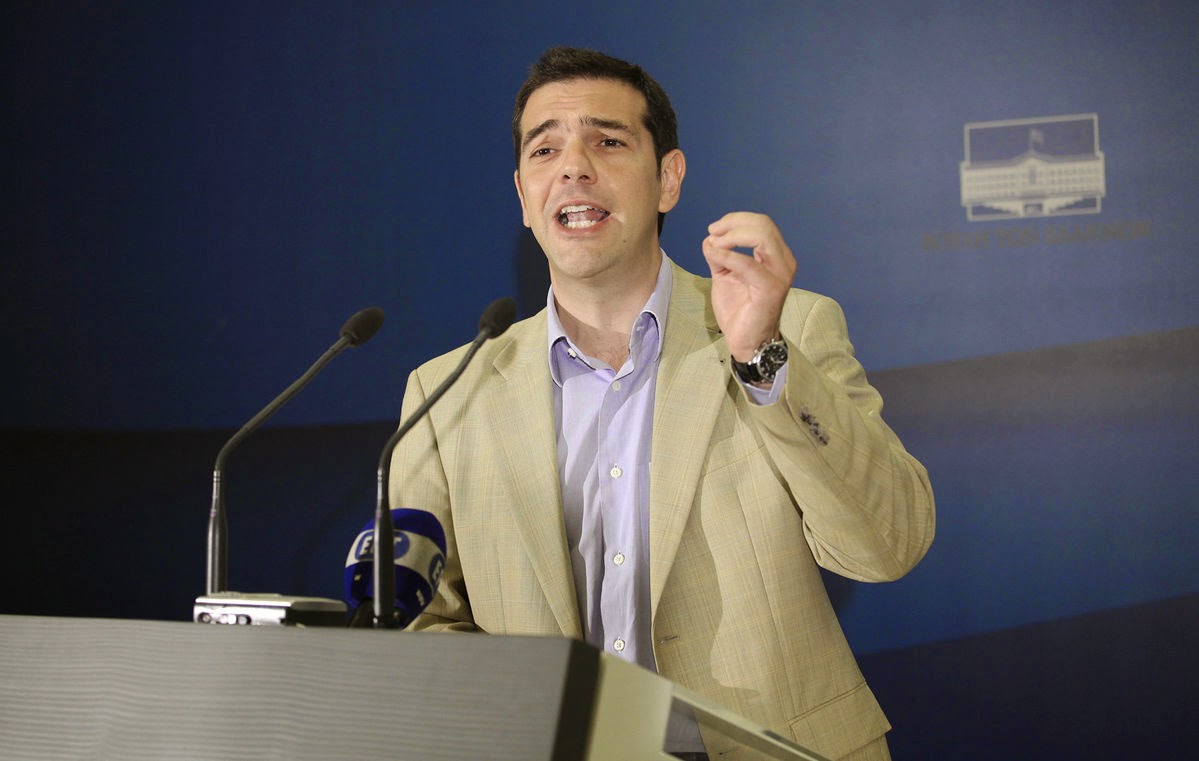 As Alexis Tsipras moves closer to taking control of Europe’s most indebted country, he’s trying to convince bond investors they have nothing to fear.

The 40-year-old leader of Coalition of the Radical Left, better known as Syriza, alarmed an entire continent at the height of the euro-area crisis in 2012, when his party narrowly lost the second Greek election that year. He campaigned then on a pledge to tear up the country’s bailout agreement, risking a euro exit. Now he’s pledging fiscal prudence.

“We don’t want to return to deficits,” Tsipras told the Greek parliament in Athens during a debate last night. “We don’t want new borrowed money.”

Tsipras is trying to convince voters exhausted by five years of austerity that he can walk a tightrope between rolling back spending cuts and balancing the budget. While economists question the math underlying his pledge, some investors say the prospect of a Tspiras government isn’t reason to panic just yet.

“If Syriza wins the elections then there might be maybe a short-term repricing in Greek assets, but I don’t think it’s going to be a long-lived weakness,” said Nicola Marinelli, who helps manage 110 million euros ($135 million) of assets at Pentalpha Capital Ltd in London. “It might even be an opportunity to buy.”