Spectre of Grexit once again 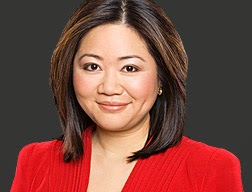 After the third and final unsuccessful attempt to elect a president, the stakes are high as Greece will call early elections.

The ruling coalition led by New Democracy is lagging in the polls behind Syriza, an anti-austerity party, whose rise reflects recent polls that show Greeks are frustrated with the EU and even suggest that more Greeks want to return to the drachma than keep the euro. It raises the spectre of Greece's exit from the single currency - or "Grexit" - once again.

It may be unsurprising, since Greece has only just emerged from six years of recession; when it has been that long, it is really more of a depression. The economy is more than 25% smaller now than in 2008, unemployment is around 25%, and roughly a quarter of households live in poverty.

Some 100,000 businesses have closed, and there are many who wonder what could get the economy going, as borrowing costs (yields on 10 year government bonds) have climbed back to 8%, a level considered to be unaffordable. Greece faced those levels when it first sought a rescue.

So, the austerity measures imposed from the rescue programmes piled on top of economic misery help to explain the volatile political landscape.

If Syriza wins the upcoming election and stands by its pledge to challenge the austerity programme, then it again raises the spectre of euro break-up.