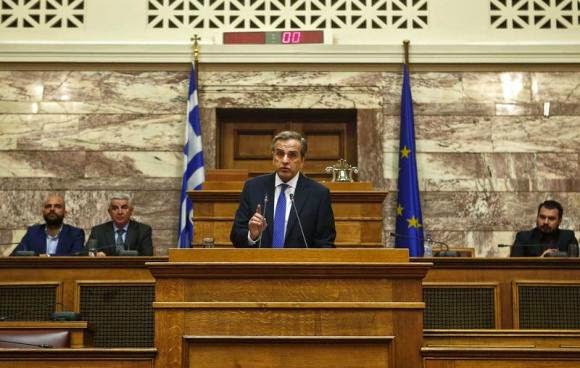 The return of the idea of a Greek euro exit, as boogeyman or genuine threat, comes at a particularly difficult time, dangerously complicating the already fraught advent of full-scale QE in the euro zone.

A parliamentary vote, set to begin next week, to replace the Greek president may trigger general elections in the new year, elections which the anti-bailout party Syriza could well win.

"We shed blood to take the word 'Grexit' away from the mouth of foreigners, and Syriza is bringing this word back to their mouths," Prime Minister Antonis Samaras said on Thursday, using once more the highly emotive term for a Greek parting of ways with the euro project.

The very idea, much less its invocation by the prime minister, panics Greek markets, which have seen equities lose more than a fifth of their value in three days and a spike in 10-year government bond yields above 9 percent.

There are very good reasons for this, though much has changed since the height of Greece’s crisis.