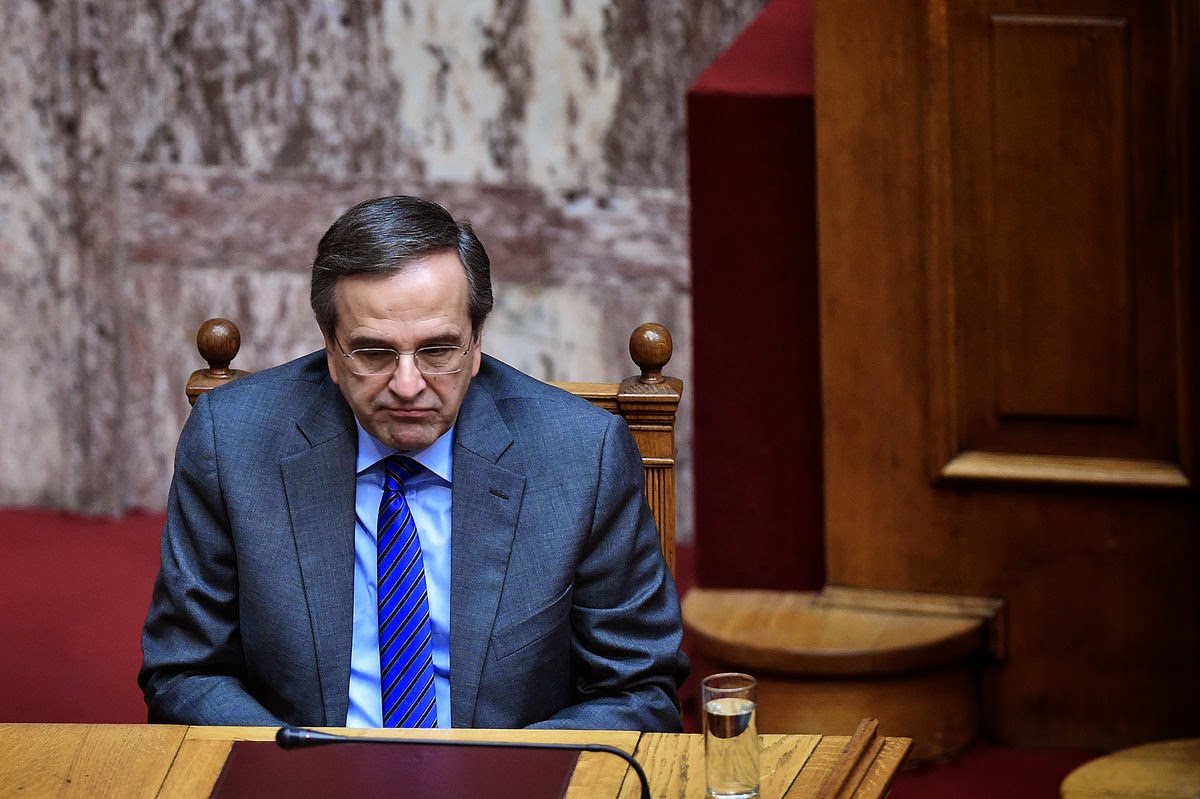 As Prime Minister Antonis Samaras’s political maneuvers to avoid early elections edge toward a dead end, his warning of turmoil risks falling on deaf ears among Greeks numbed by years of upheaval.

After losing a second vote in parliament yesterday on his candidate for a new president, Samaras needs to win over a dozen lawmakers before a final ballot on Dec. 29. Should he fail, the constitution dictates that elections must be called, with opposition party Syriza leading opinion polls.

“We’ve already been living through chaos for years now,” said Kostas Grekas, a 23-year-old computer-technology student in Athens who graduates next year. “I’d prefer there to be elections now so that Syriza gets in, just to break up the old party system and to see something different.”

Greece marked 2014 by exiting a six-year recession that cost the country about a quarter of its economic output and tripled the unemployment rate. While Samaras’s pitch is that a change of government would endanger the incipient recovery, Syriza promises to abandon austerity measures tied to the country’s international bailout.