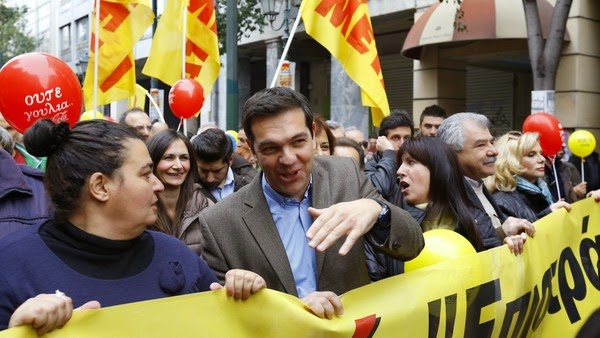 Investors are increasingly worried about the outcome of Greece’s forthcoming presidential election, which could enable radical leftwing party Syriza to take power in March.

Senior Syriza politicians visited London two weeks ago to present their economic programme to a number of large fund houses and banks, but the meetings have sparked anxiety among investors.

A leaked memo from Joerg Sponer, an analyst at Capital Group, the ninth-largest fund house globally, with $1.4tn of assets, described the programme as “worse than communism” and “total chaos”. “Everybody coming out of the meeting wants to sell everything in Greece,” he said.

Syriza denied that Mr Sponer was at any of the meetings it held, but acknowledged other Capital Group analysts were present. Capital Group said the memo did not represent its universal house view.

Since the Syriza meetings took place, a flurry of Greek bankers and brokers have travelled to London to try and reassure clients. The Syriza road-trip “has made some investors quite nervous”, one of the bankers said.

More
Posted by Yulie Foka-Kavalieraki at 11:57 AM