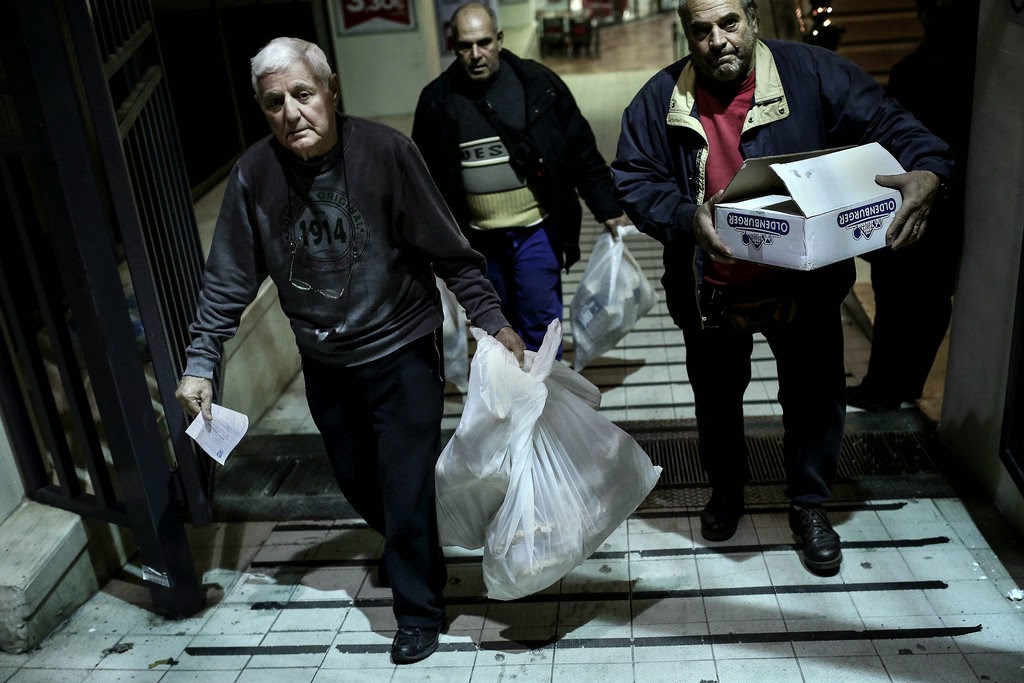 Alexandra Nikolovieni, 55, lost her job escorting young children on a school bus four years ago and has not been able to find another one since. To help financially, her daughter and her son-in-law, who have two children, moved into her house. But now they have lost their jobs, too.

Ms. Nikolovieni, who volunteers at a food pantry in this suburb of Athens, says that every month she sees more and more people like her, qualifying for bundles of groceries and picking out used shoes for themselves or their children.

“Are things getting better?” she said. “I don’t think so.”

Nowhere have austerity policies been more aggressively tried — and generally failed to live up to results promised by advocates — than in Greece. After more than four years of belt tightening, patience is wearing thin, and tentative signs of improvement have not yet trickled down into the lives of average Greeks.

Now, after its Parliament failed to pick a president on Monday, forcing early elections, Greece faces a turning point in how to heal its devastated economy.

More
Posted by Aristides N. Hatzis at 8:16 AM