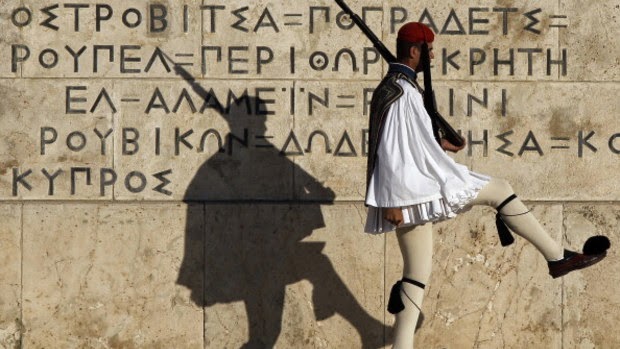 Greek lawmakers will vote today on whether to back Prime Minister Antonis Samaras's choice for a new head of state. The collective wisdom of financial markets suggests his gambit may fail, leading to elections early next year that could result in the nation defaulting on its debts.

Samaras needs the assent of 200 out of 300 parliamentarians, though he has three chances to muster that support between now and Dec. 29. Observers reckon he needs more than 170 in the first attempt to be on track for a win; the governing coalition controls 155 of the votes. Failure may usher opposition party Syriza into power on a platform of less economic austerity and a renegotiation of Greece's debts.

The Greek bond market has been in a funk ever since early last week when Samaras announced the vote. With three-year yields above 10-year levels, bondholders are signaling their discomfort about the near-term outlook for the nation's creditworthiness and its willingness to meet its obligations:

The stock market is similarly dismayed at the prospect of a change of government, with Greek stocks underperforming their European counterparts: