Greece’s radical left could kill off austerity in the EU 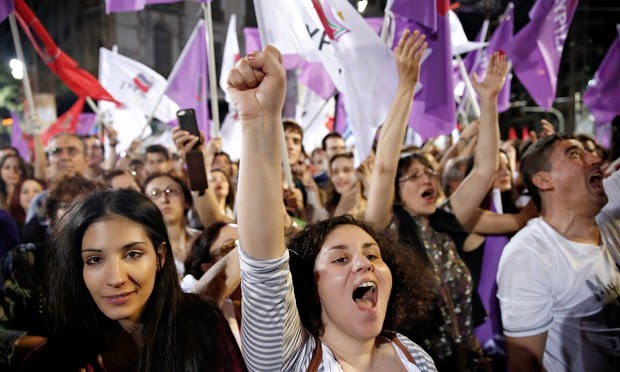 Another war looms in Europe: waged not with guns and tanks, but with financial markets and EU diktats. Austerity-ravaged Greece may well be on the verge of a general election that could bring to power a government unequivocally opposed to austerity. Momentous stuff: that has not happened in the six years of cuts and falling living standards that followed the collapse of Lehman Brothers.

But if the radical leftist party Syriza does indeed triumph in a possible snap poll in the new year, there will undoubtedly be a concerted attempt to choke the experiment at birth. That matters not just for Greece, but for all of us who want a different sort of society and a break from years of austerity.

What misery has been inflicted on Greece. One in four of its people are out of work; poverty has surged from 23% before the crash to 40.5%; and research has demonstrated how key services such as health have been hammered by cuts, even as demand has risen. No wonder the country has experienced a political polarisation that has prompted comparisons with Weimar Germany. The neo-Nazi Golden Dawn – which makes other European rightist movements look like fluffy liberals – at one point attracted up to 15% in the polls; though still a menace, its support has thankfully subsided to half that.