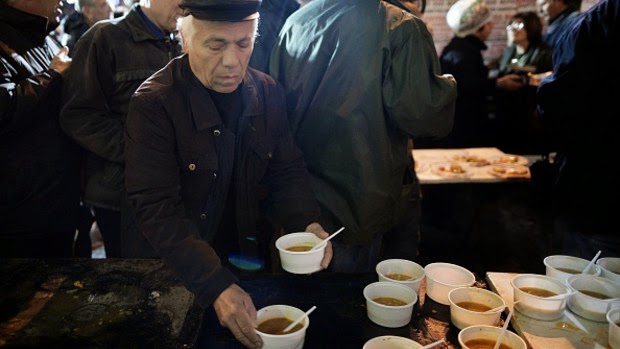 Judging from Wednesday's vote in the Greek parliament, Prime Minister Antonis Samaras may not get the mandate he wants to keep economic austerity measures in place and avoid defaulting on the country's debt. His would be the responsible path, but it's easy enough to see why Greeks wouldn't want to follow it.

The dispute is haunting international investors again because the European Union in general, and Germany in particular, refuses to write off any part of Greece's sovereign debt. Yet, as most economists acknowledge, the country can never emerge from under its current debt pile -- now close to 180 percent of gross domestic product. And the prospect of endless years of austerity spent in the attempt is political poison.

Samaras brought forward Wednesday's vote for a new president, the first of three, as a vote of confidence. He is essentially daring members of parliament to reject his candidate, Stavros Dimas, because that would force new parliamentary elections -- elections that the anti-austerity, neo-Marxist Syriza coalition might win. Judging by this first vote, in which Dimas secured just 160 votes, it's going to be an uphill struggle. To win in the third round later this month, Dimas will need 180 votes.