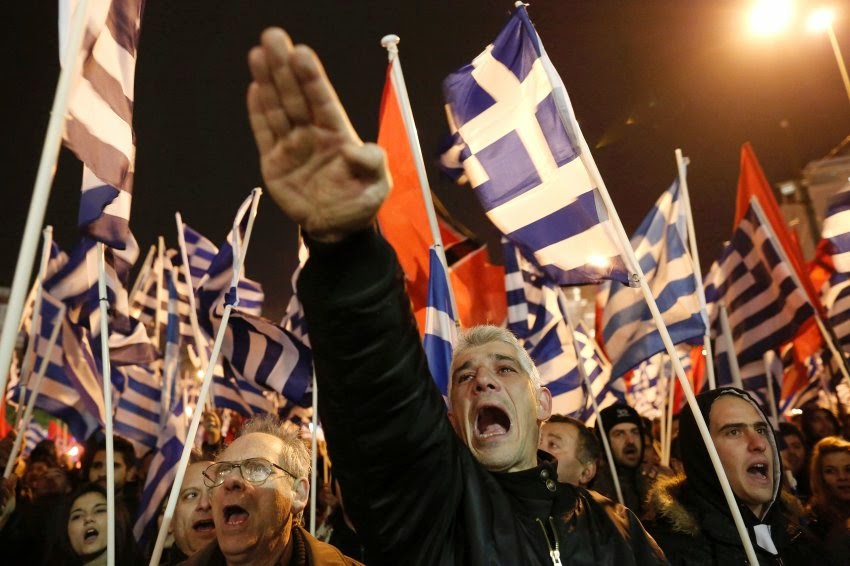 The 697-page report from the public prosecutor's office reads like a thriller. But it addresses things that people in Greece long would have considered inconceivable. It paints a picture of a neo-Nazi party that is both openly and forcefully attacking the democratic system in a way not seen in Europe in decades.

Directly or indirectly, the report accuses 69 members or supporters of the Chrysi Avgi, or Golden Dawn, political party -- among them 16 members of Greek parliament -- of participation in murder or attempted murder, serious bodily injury, violent hate crimes, theft, blackmail or arson. Chief Prosecutor Isidoros Dogiakos describes in meticulous detail the structures of a criminal organization that is being directed from inside the Greek parliament.

Eight members of parliament from the party are currently being held in pre-trial detention, including party spokesman and chief ideologist Ilias Kasidiaris in addition to party chief Nikos Machaloliakos. Three additional parliamentarians are currently under house arrest while five others have been forbidden from leaving the country. Investigators are hoping to take the case to trial early next year.