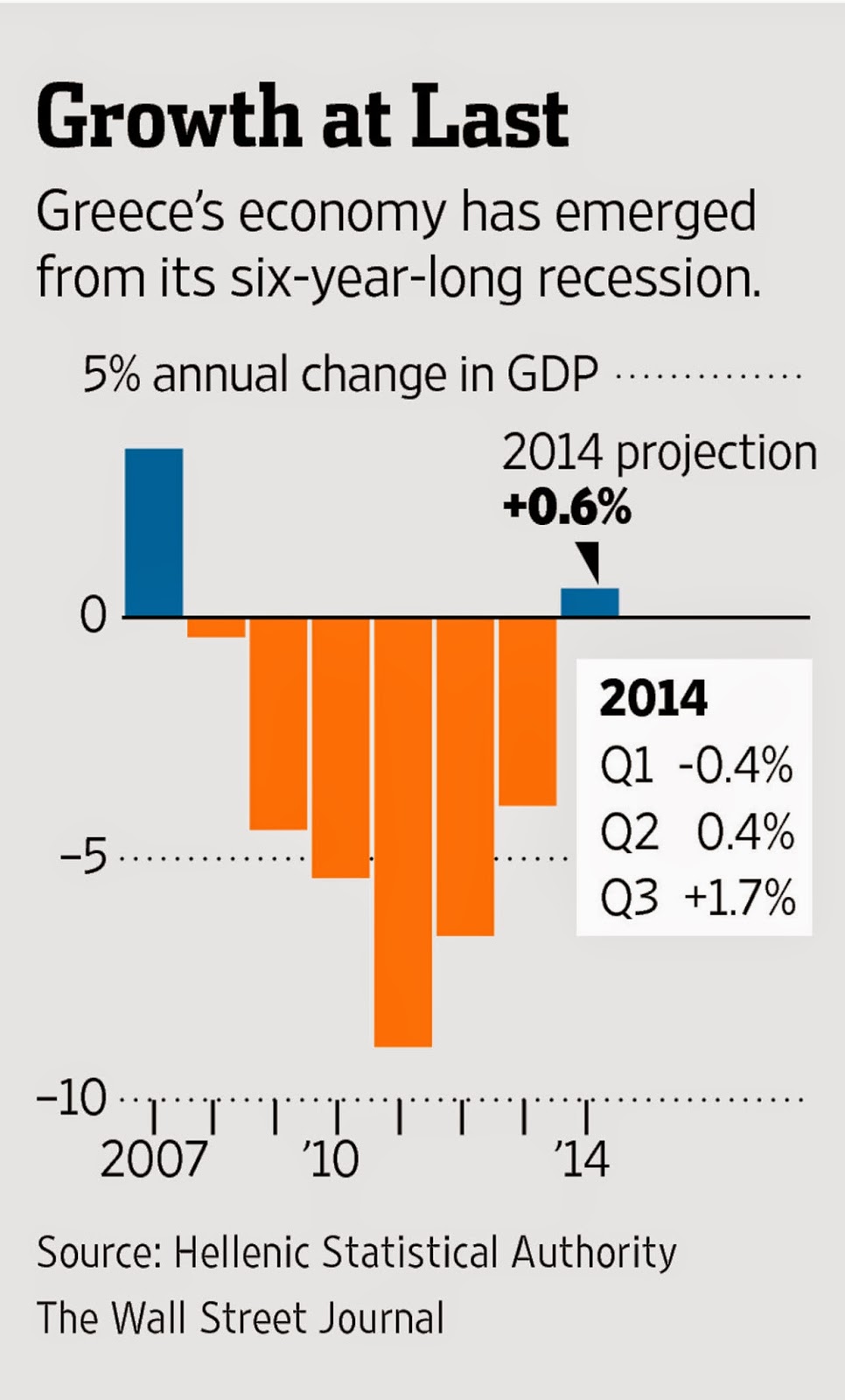 Greece’s crisis-stricken economy has returned to growth following six years of recession, official data showed Friday, marking an end to one of the steepest and longest economic contractions in postwar European history.

According to figures from the Hellenic Statistical Authority, or Elstat, gross domestic product in the third quarter rose 1.7% from a year earlier, thanks in large measure to a record summer tourism season.

The figures were better than expectations—making Greece one of the fastest-growing economies in the eurozone—and confirm that a promised recovery is now under way. Economists had forecast between 1% and 1.4% growth compared with a year ago. On a seasonally adjusted basis, Greece’s GDP rose 0.7% quarter-on-quarter.

Output was also revised higher for the first six months as part of Europe-wide changes to GDP estimates. They showed that Greece technically emerged from recession in the second quarter when the economy grew 0.4%. The latest figures confirm that Greece is now on track to record its first full year of growth in more than half a decade this year.

Posted by Yulie Foka-Kavalieraki at 3:25 PM