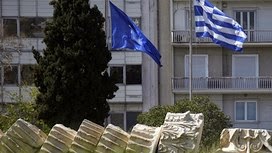 Eurozone leaders are weighing a plan to allow Greece to exit its four-year-old bailout at the end of the year by converting nearly €11bn of unused rescue funds into a backstop for Athens for when it raises cash from the markets on its own.

The plan, which will be discussed at a meeting of eurozone finance ministers in Brussels on Thursday, would allow Antonis Samaras, Greek prime minister, to declare an end to the quarterly reviews by the hated “troika” of bailout monitors ahead of parliamentary elections, which could come as early as March.

At the same time, backers of the plan believe it would give financial markets the security of knowing Athens could draw on the credit line in an emergency.

The credit line would come from the eurozone’s €500bn rescue fund, meaning it would still require monitoring from Brussels, albeit less onerous than at present. By tapping €11bn originally earmarked for shoring up by Greek banks, eurozone officials hope to avoid political resistance from Germany.

“In political terms, the money has already been made available to the Greek authorities,” said an EU official involved in the negotiations.