The Eurozone’s Problems Are Based in Politics 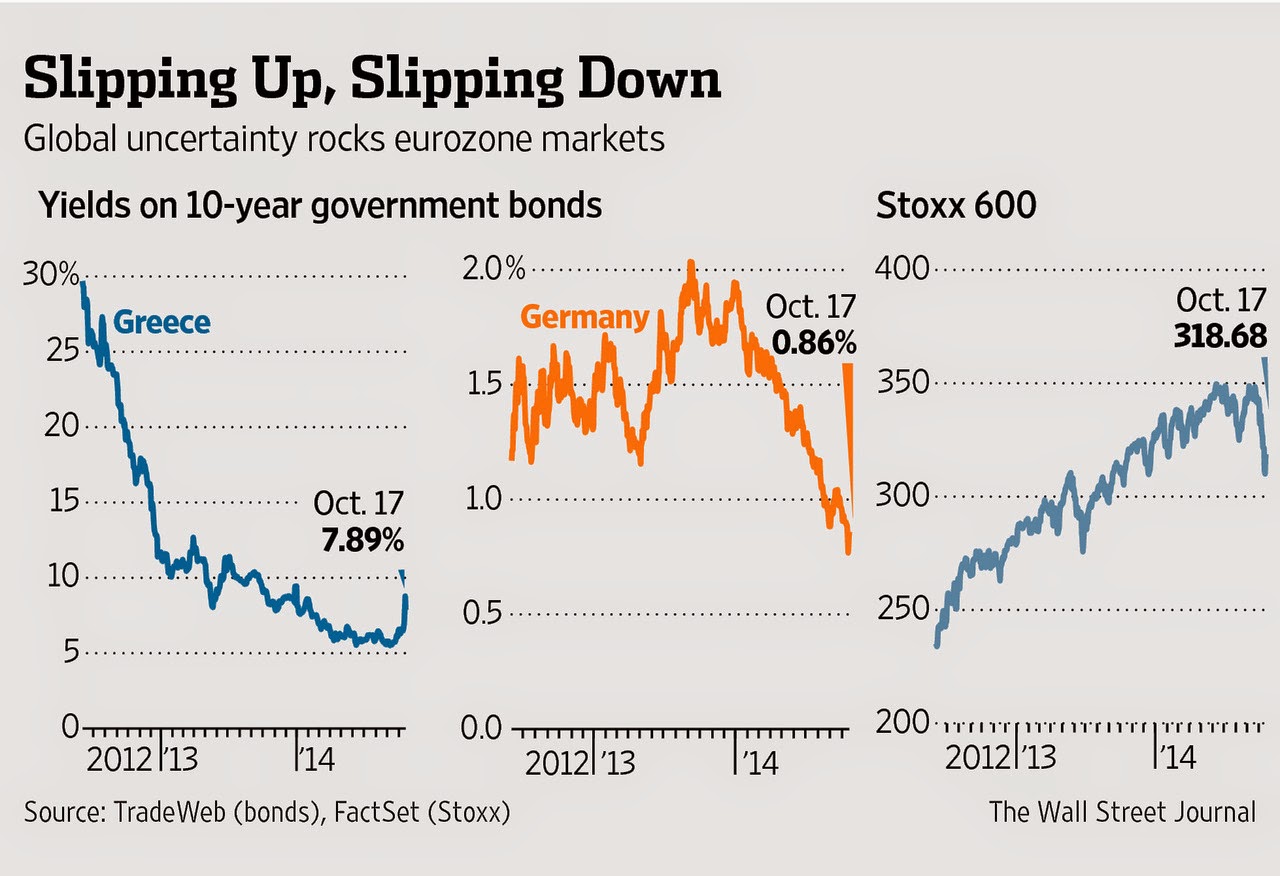 Some say the euro crisis is back; others argue that it never really went away. A gloomy forecast from the International Monetary Fund suggesting a 40% chance of a slide back into recession and a flurry of weak data pointing to a faltering recovery, particularly in Germany, have spooked markets.

Once again, the eurozone is the focus of global attention amid fears that low growth will tip the Continent into outright deflation. European equities fell last week to their lowest level for 10 months, German bunds rallied and peripheral-country bond yields rose. Most eye-catching: Greek government 10-year yields briefly soared above 9% and ended the week just below 8%.

A bit of perspective is necessary. First, the origins of this slowdown lie not in the eurozone but in emerging markets. This emerging-market downturn, which caught the IMF by surprise but has in fact been under way for most of the year, was the inevitable result of the U.S. Federal Reserve’s decision to start turning off the monetary taps.

As the extraordinary liquidity flows that fueled developing-country booms and commodity-price bubbles have unwound, developed countries with major export sectors such as Germany have been hit too.