Not so fast: A spike in bond yields is bad news for the government 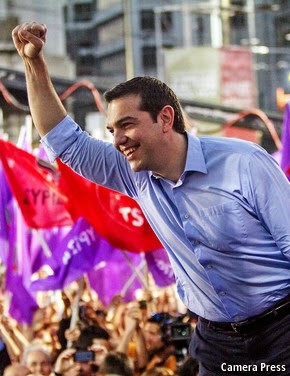 Greece's plans for a clean exit from its international bail-out are in disarray. A sharp rise in bond yields has stymied the government’s plan to borrow about €9 billion ($11 billion) abroad in 2015 to meet debt repayments and ease the impact of austerity measures, which have left more than 35% of Greeks at risk of poverty. Instead, the prime minister, Antonis Samaras, will have to negotiate a new credit line with the European Union or, worse, accept 15 more months of tough supervision by the IMF, in return for €12 billion.

Mr Samaras still insists the “era of the memorandum” (as Greeks call the bail-out) is ending, and talks up renewed foreign investment. Following a record summer tourism season, international hotel chains are eager to snap up properties on popular Aegean Islands. The Greek privatisation agency, Taiped, is considering three bids from international groups seeking to manage 14 regional airports. China’s Cosco group is spending €230m to enlarge its container-handling terminal at Piraeus. According to the EU and the IMF, Greece’s economy will grow by 0.6% this year and 2.9% in 2015.