Misrule of the Few: How the Oligarchs Ruined Greece 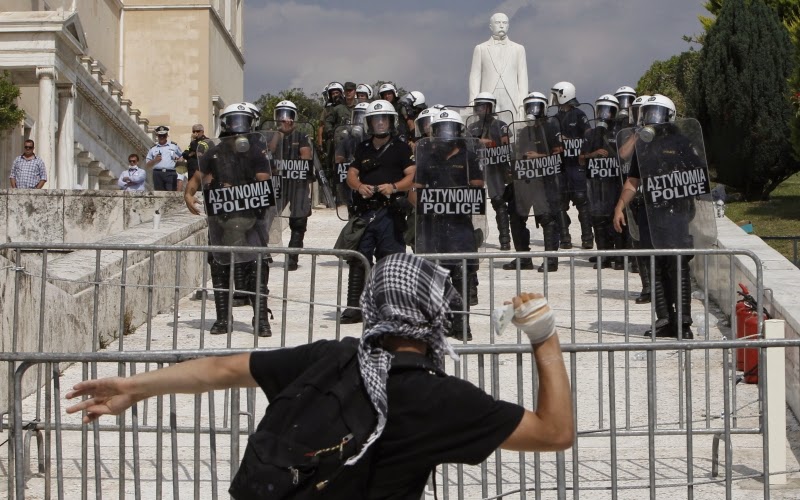 Just a few years ago, Greece came perilously close to defaulting on its debts and exiting the eurozone. Today, thanks to the largest sovereign bailout in history, the country’s economy is showing new signs of life. In exchange for promises that Athens would enact aggressive austerity measures, the so-called troika -- the European Central Bank, the European Commission, and the International Monetary Fund -- provided tens of billions of dollars in emergency loans. From the perspective of many global investors and European officials, those policies have paid off. Excluding a one-off expenditure to recapitalize its banks, Greece’s budget shortfall totaled roughly two percent last year, down from nearly 16 percent in 2009. Last year, the country ran a current account surplus for the first time in over three decades. And this past April, Greece returned to the international debt markets it had been locked out of for four years, issuing $4 billion in five-year government bonds at a relatively low yield -- only 4.95 percent. (Demand exceeded $26 billion.) In August, Moody’s Investors Service upgraded the country’s credit rating by two notches.

Yet the recent comeback masks deep structural problems. To tidy its books, Athens levied crippling taxes on the middle class and made sharp cuts to government salaries, pensions, and health-care coverage. While ordinary citizens suffered under the weight of austerity, the government stalled on meaningful reforms: the Greek economy remains one of the least open in Europe and consequently one of the least competitive. It is also one of the most unequal.

Greece has failed to address such problems because the country’s elites have a vested interest in keeping things as they are. Since the early 1990s, a handful of wealthy families -- an oligarchy in all but name -- has dominated Greek politics. These elites have preserved their positions through control of the media and through old-fashioned favoritism, sharing the spoils of power with the country’s politicians. Greek legislators, in turn, have held on to power by rewarding a small number of professional associations and public-sector unions that support the status quo. Even as European lenders have put the country’s finances under a microscope, this arrangement has held.