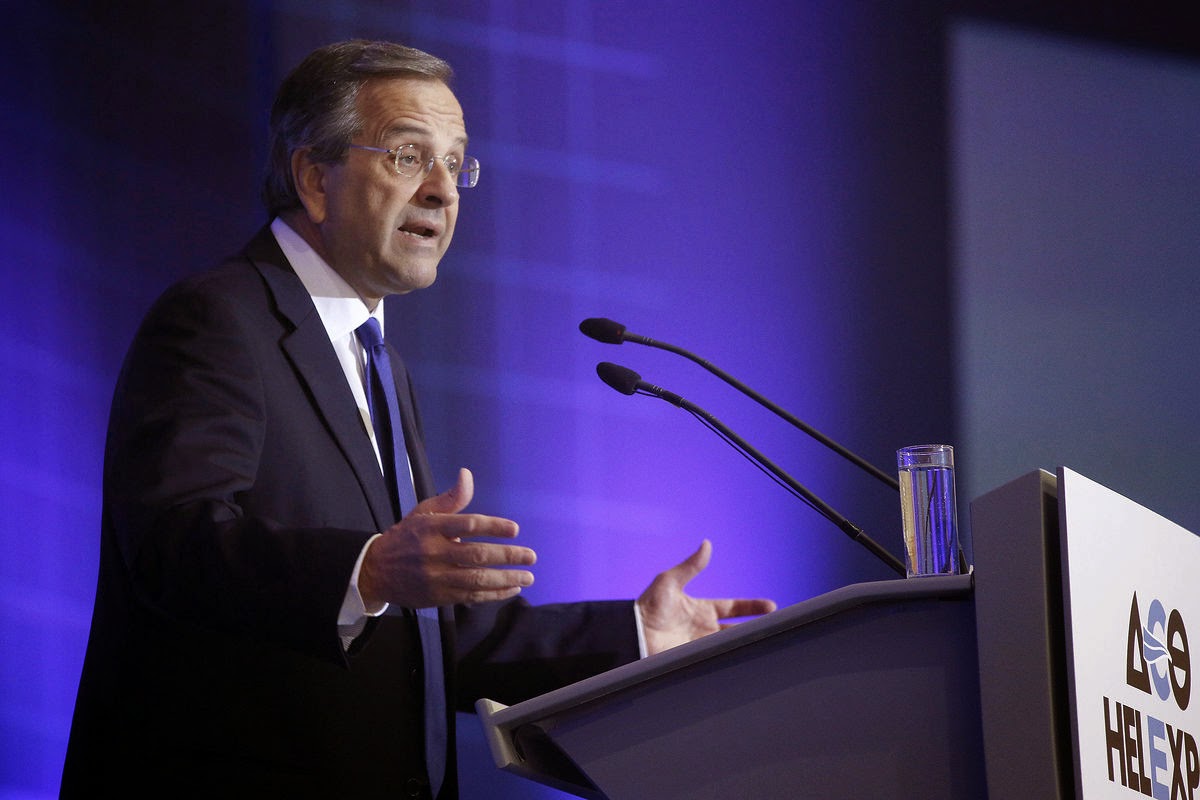 Antonis Samaras’s plan for Greece to exit its bailout early is crumbling in the face of a market rejection. Economists say it might not have been such a good idea anyway.

Eighty-five percent of respondents to a Bloomberg News survey said the prime minister’s proposal didn’t make economic sense, partly because of Mario Draghi’s insistence that junk-rated countries must remain under some kind of surveillance program to benefit from new European Central Bank measures.

Greek 10-year bond yields have surged to the highest in nine months as Samaras’s plan for a year-end exit unraveled. The prime minister’s push met resistance from euro area and International Monetary Fund creditors, with finance ministers from the 18-nation currency bloc publicly voicing doubts at an Oct. 13 meeting in Luxembourg.

“What’s important from an economic perspective is that Greece continues to commit to a strong reform program,” said James Nixon, an economist at Oxford Economics Ltd. in London. “The government is to a certain extent desperate to take its foot off the reform gas pedal and ease back a bit to try to boost its popularity.”

Samaras has said his government may pass on IMF funds available in 2015 and cover its financing needs from markets after selling bonds for the first time since 2010 this year.