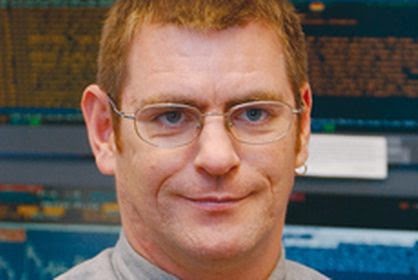 Being hooked up to beeping machines in hospital is no fun, so it's understandable Greece wants to discharge itself from the supervision that came with a 240 billion euros ($307 billion) transfusion of emergency aid in 2010. The bond market, however, is saying Greece still needs intensive care.

Greece's 10-year yield has surged to 9 percent from 6.5 percent this week. While the scale of the move partly reflects current market turmoil, the direction of travel was established before global stocks decided to head south for the winter: 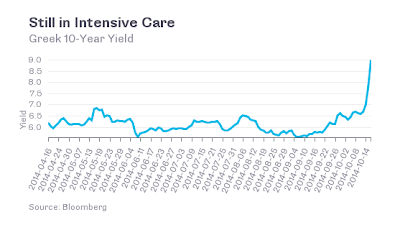 As a condition of Greece's rescue, the country has had to submit to regular examinations by the so-called Troika -- the European Central Bank, the International Monetary Fund and the European Commission -- which then prescribes various economic medicines, mostly in the form of financial dieting pills. Prime Minister Antonis Samaras, starry-eyed after his 10-year borrowing cost dipped as low as 5.56 percent at the beginning of September, said last week he'd like his freedom back.