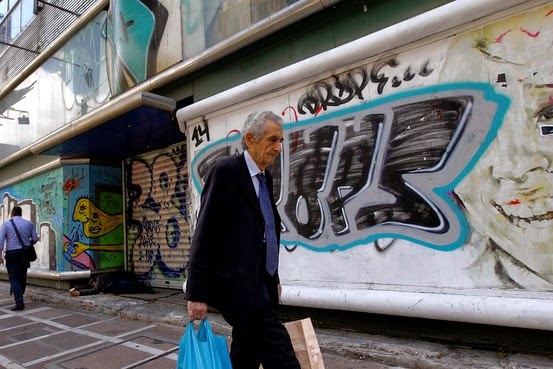 Since the European debt crisis erupted in 2009, foreign investors have mostly ignored Greek real estate even as they have jumped back into Spain, Italy and Ireland.

But now buyers are returning to Greece amid signs that Europe's hardest-hit economy is starting to recover.

Toronto's Fairfax Financial Holdings Ltd. FFH.T -0.33% , Colony Capital LLC of Los Angeles, Invel Real Estate Partners of the U.K. and Jermyn Street, an Arab-Turkish real-estate fund, are among those that have been buying commercial-property assets from distressed financial institutions, the Greek government and others.

In the past 18 months, investors have purchased €1.2 billion ($1.58 billion) of properties, primarily from banks and the Greek agency charged with privatizing state-owned assets, the Hellenic Republic Asset Development Fund, according to commercial real-state company Cushman & Wakefield. That compares with about €900 million in deals from 2008 to 2012.

New players such as international real-estate firm Hines, which controls assets valued at more than $25 billion, also are shopping around. "Hines believes that Greece is transforming and that the real-estate sector will require significant foreign investment," Michael J.G. Topham, chief executive of Europe for Hines, said in an email. "It's a difficult market but we feel that there are opportunities worth pursuing." 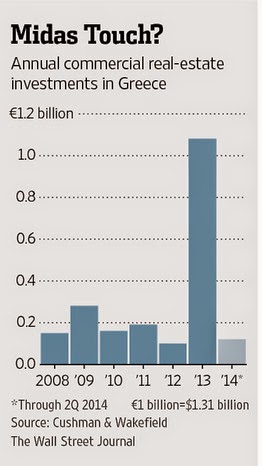 Posted by Yulie Foka-Kavalieraki at 7:09 PM