German Central Bank Head Weidmann: 'The Euro Crisis Is Not Yet Behind Us' 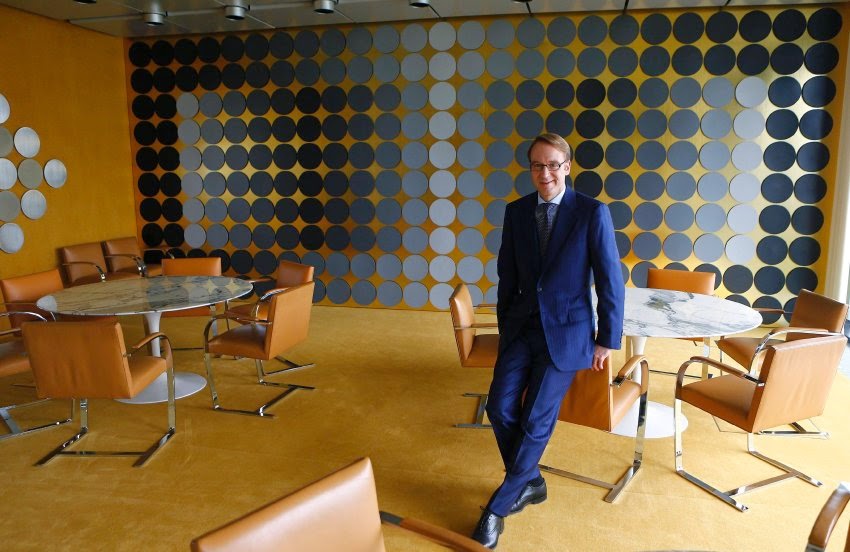 An extended period of calm on the bond markets has led many to conclude the euro crisis is over. But German central bank head Jens Weidmann says in an interview that the coast still isn't clear and that there is still great need for reforms.

SPIEGEL: Mr. Weidmann, you are notorious for being a tough critic of European Central Bank President Mario Draghi. But the euro crisis seems to be over, largely thanks to ECB intervention. Has he not been proven right?

Weidmann: It's not about being right or a personal confrontation. When it comes to extremely important monetary policy decisions, the ECB Governing Council does its utmost to find the correct path. And the decisions are so difficult because the crisis is not yet behind us, even if the current calm on the financial markets might suggest as much.

SPIEGEL: Yet Spain, once wracked by the euro-zone crisis, can today borrow money more cheaply than ever before in the history of the monetary union. Do you not think that is a consequence of Mario Draghi's 2012 pledge to save the euro "whatever it takes"?

Weidmann: You shouldn't mistake the thermometer for the illness. I have never disputed that the ECB could impress and move the markets with the announcement that it would make massive purchases of sovereign bonds if necessary. But such measures focus on the symptoms and don't cure the causes of the crisis. As such, the current calm is misleading and even dangerous, because it takes pressure off of the governments to implement badly needed reforms. If they are not undertaken, investors could quickly change their risk evaluations.

SPIEGEL: But if the ECB hadn't intervened, the euro zone patient may well have died from its 2012 fever.

Weidmann: I don't believe that is the case. In reaction to the crisis, policymakers established a multibillion euro bailout fund to assist the crisis countries in exchange for their adherence to certain stipulations. That was the correct, democratically legitimate path. Even more so given that the bailout fund can also purchase sovereign bonds. The central bank in the euro zone, by contrast, is forbidden from providing credit to countries and from purchasing sovereign bonds on the primary market. By making targeted bond purchases on the secondary market, the ECB opened itself to accusations of skirting this ban.