Greek Economy Expected to Return to Growth This Year 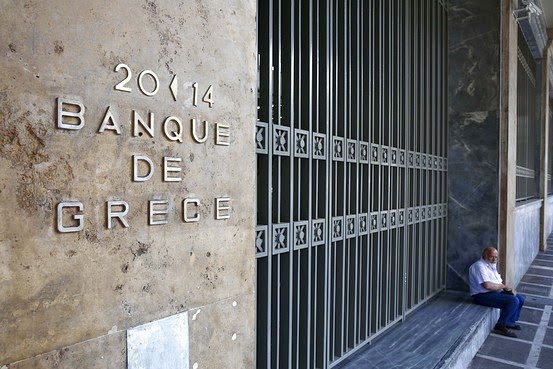 Greece's central bank said it expects the country to exit a six-year recession this year, but warned that any complacency on reforms could thwart the economy's positive momentum.

In its annual monetary policy report released Thursday, the Bank of Greece forecast that the Greek economy will expand by about 0.5% this year, since the country's severe recession began bottoming out at the start of 2013.

The forecast jibes with estimates from the Greek government and its international creditors, who predict gross domestic product growing 0.6% this year.

"There remain, however, many uncertainties and risks which could delay or even reverse this path to recovery," said the report, the last to be signed by the central bank's outgoing governor, George Provopoulos. "In order to avert risks, the restructuring of the economy and the reforms must continue with even greater resolve across all areas," it added.

Mr. Provopoulos's six-year term as governor ends next week, when he will be succeeded by former Finance Minister Yannis Stournaras.