Trouble Brews for Greece Despite Good News on Bond Sale

by Matina Stevis and Marcus Walker

Greece's successful return to the markets Thursday was a triumph of politics—and it is in politics where the risk to the country's recovery lies.

A good-news operation has been under way since the start of the year. Once the target of vocal criticism by euro-zone politicians and officials involved in the bailout process, Greece has been getting praise from all quarters.

European Union officials say that at the heart of this turnaround in mood is the alliance forged between Greek Prime Minister Antonis Samaras and German Chancellor Angela Merkel.

But behind the good news, not all is well with Greece's economic resurrection. 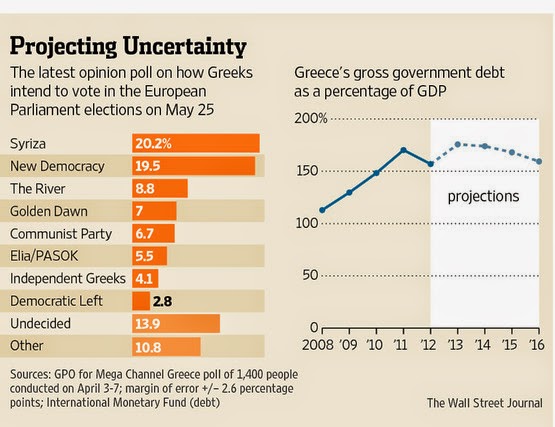 Posted by Yulie Foka-Kavalieraki at 11:19 PM