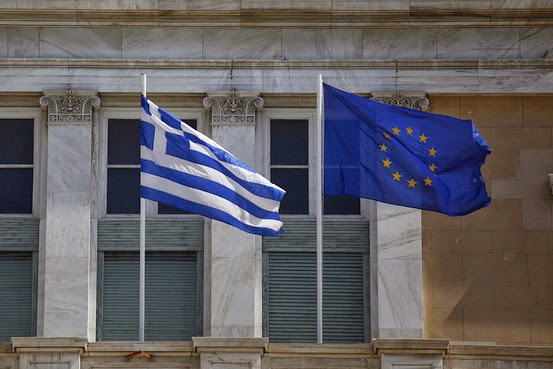 Greece is poised to issue on Thursday its first long-term bond since its international bailout four years ago.

The country will sell at least €500 million ($689.9 million) of five-year bonds, according to one of the banks running the deal. People familiar with the matter said it could run to a total of €2.5 billion, and that yields will be around 5.25% to 5.5%.

The deal will cap an important milestone in Greece's rehabilitation following a crippling debt crisis that left the cash-strapped country frozen out of global bond markets and needing two bailout packages and a €200 billion debt restructuring to stave off financial collapse.

Booming demand for higher-yielding bonds amid record low interest rates, coupled with fading concerns about the euro-zone debt crisis, is also supporting Greece's return as investors ramp up exposure to countries they had previously given a wide berth. 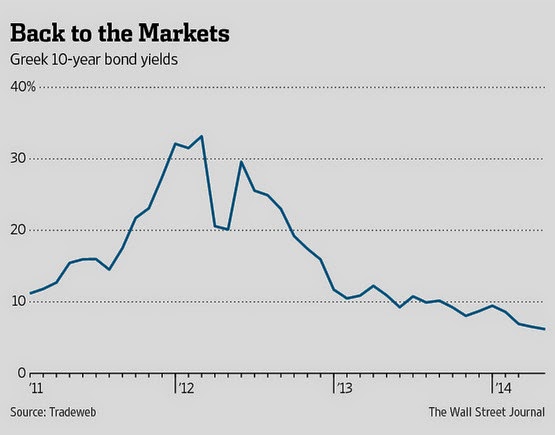 Posted by Yulie Foka-Kavalieraki at 12:25 PM