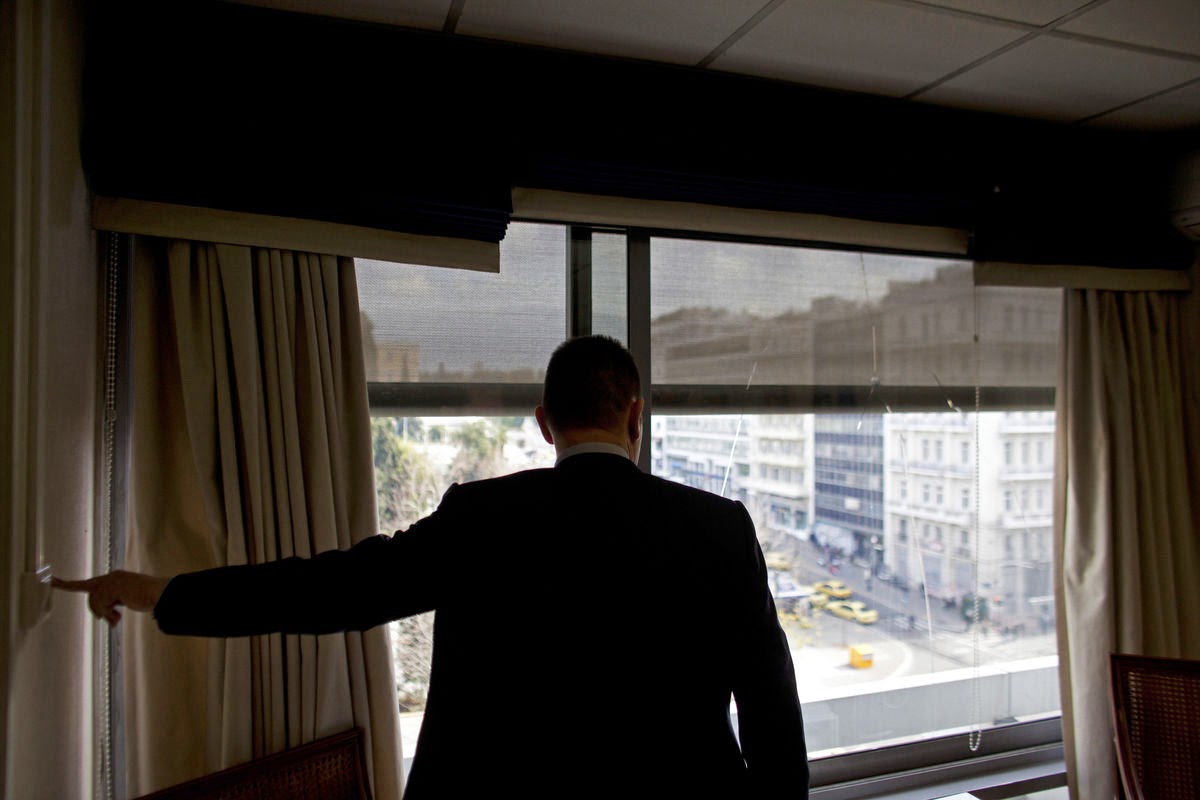 The marble paving stones have been relaid in Athens’s Syntagma Square, the site of pitched battles between police and protesters during the worst of Greece’s economic crisis.

Yannis Stournaras has replaced his sixth-floor window overlooking the square. It was pierced by an errant bullet during one of the riots in 2010.

“I changed the window because I decided this era has ended,” Stournaras, the 57-year-old finance minister, said in an interview.

The cosmetic changes around the city’s central plaza signal Greece’s emergence from the crisis that made Athens the fuse to Europe’s debt bomb. Earlier this month, the country completed its first bond sale in four years, bookending a period when it was bailed out twice and completed the biggest-ever sovereign restructuring. As the country teetered on the brink of a political and economic abyss, Syntagma, bounded by the national Parliament, luxury hotels, office buildings and a McDonalds, served as the backdrop for televised reports beamed globally on the chaos.

Now, Athens Mayor George Kaminis, a 59-year-old native of New York City, is sketching out a return to normalcy in a city dubbed the most unlivable in western Europe since 2010 by Mercer, the consulting division of New York-based Marsh & McLennan Cos.

More
Posted by Yulie Foka-Kavalieraki at 7:32 AM