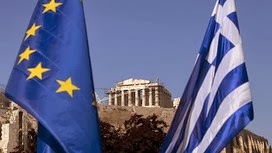 The Greek government and its bailout lenders are locked in a new stand-off over the health of Greece’s banking sector, with Athens contending its financial system requires less than €6bn of new capital, while international monitors insist it needs at least three times that amount.

The €6bn estimate was calculated by the Greek central bank after a long-awaited private analysis by BlackRock and was provided to monitors from the so-called “troika” of international lenders, ahead of their arrival in Athens on Monday to resume talks over their latest review of the bailout programme.

The review, the most contentious in more than a year, was to be completed in September, but troika officials say less than half of the economic reform commitments made by the Greek government have been completed. Their return to Athens on Monday is their first visit in two months.

The dispute over banks’ recapitalisation needs risks adding a new, potentially explosive point of contention between the two sides, as it will have a direct effect on whether Athens will require a third international bailout when the remaining €10.1bn in EU funding in the current €172bn rescue runs out later this year.