Three Ways for Europe to Cut Its Debt Load 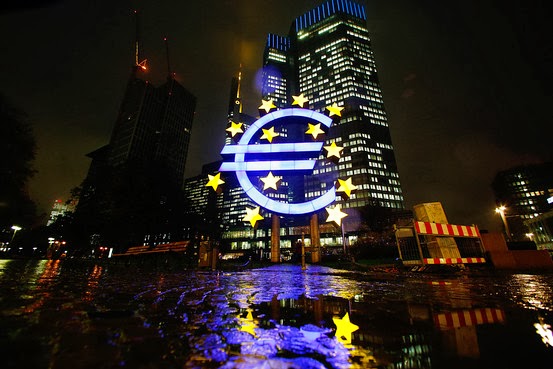 Before financial crises there's the party, followed by the crash. Then comes the hangover: huge debt burdens that can leave countries with a yearslong economic headache of slow growth and high unemployment.

There are some powerful medicines for cutting this debt—all of which impose losses on creditors one way or another—but Europe so far has mostly refused to use them. Some economists doubt whether that will last.

It's a question that is likely to loom over European financial markets this year. Since summer 2012, the pledge by European Central Bank President Mario Draghi to "do whatever it takes" to support the euro zone has kept a lid on bond yields across the currency area. The euro zone has emerged from recession—barely—and industrial production data from December show the expansion may be continuing.

The problem of Europe's hangover debt, however, remains. While that debt sticks around, companies and governments will be paying it off rather than investing in new factories, equipment and infrastructure. Priority No. 1 for many Europeans is paying off mortgages, not splurging on a vacation or buying more stuff. 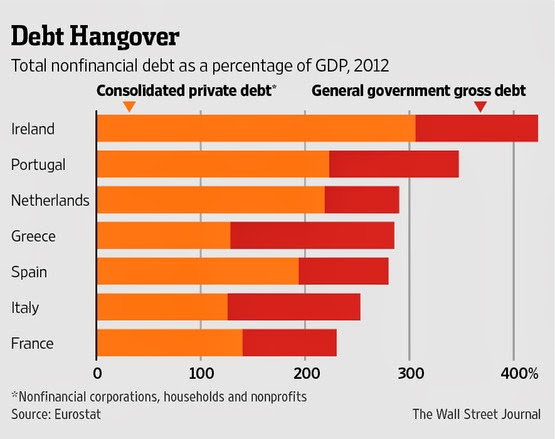 Posted by Yulie Foka-Kavalieraki at 1:24 AM