Greece's turn at the helm of the European Union, a largely administrative role that rotates every six months, could find itself overshadowed by something close to home: Greece's own bailout.

According to EU etiquette, the country holding the presidency is expected to leave aside its national agenda and focus on managing legislative drafts and negotiations, wearing a neutral, EU hat. That option isn't available to Athens.

"We have full understanding of the European nature" of the presidency, Deputy Prime Minister Evangelos Venizelos told the foreign press in a briefing Wednesday. He then went on to tackle at length and in detail questions about Greece's bailout.

Greece's role as administrator of EU legislative affairs for the next few months will be limited. Its effective term—cut short by elections for the European Parliament in May—will largely focus on striking a deal with the Parliament to advance the euro zone's banking union.

But the country's battered economy, the management of its €240-billion ($326 billion) bailout and a dreaded discussion about its heavy debt load are much likelier to make headlines over the period. 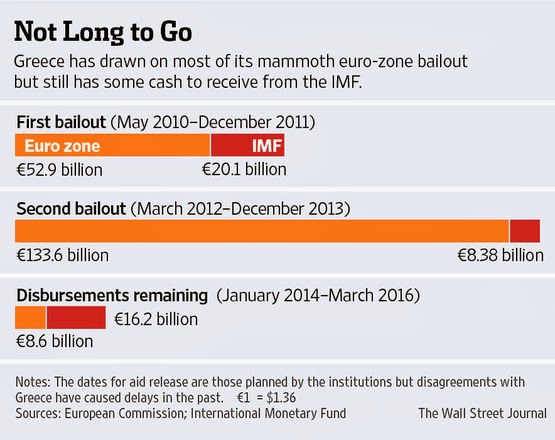 Posted by Yulie Foka-Kavalieraki at 9:31 PM