A Disappearing Act for Europe's Deficits 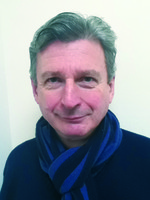 The giant current-account deficits that lay at the root of the euro zone's financial crisis have evaporated. As a result, some people think the crisis is history too.

Here's the argument. Current-account deficits, which combine an economy's trade shortfall with other net outgoings such as debt interest, have to be covered by finance from abroad. For the first decade after the euro's birth in 1999, foreign money poured into Southern European economies to finance their big deficits.

After Greece declared it had been cooking its budget books, foreigners decided that providing the money was too risky. In the heat of the crisis, private finance shut down for Greece, Ireland, Portugal and Cyprus—and almost did the same for Italy and Spain.

When foreign investors go on strike and refuse to finance cash-hungry governments in this way, the countries experience what economists call a "sudden stop." Invariably what follows is a financial and economic crisis.

Now that the deficits have more or less disappeared, these countries don't need large flows of new finance from abroad. 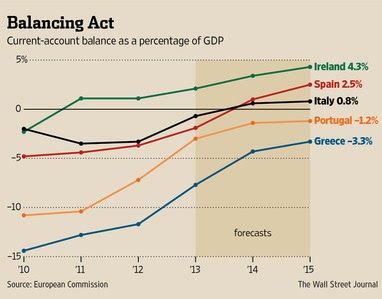 Posted by Yulie Foka-Kavalieraki at 2:02 PM