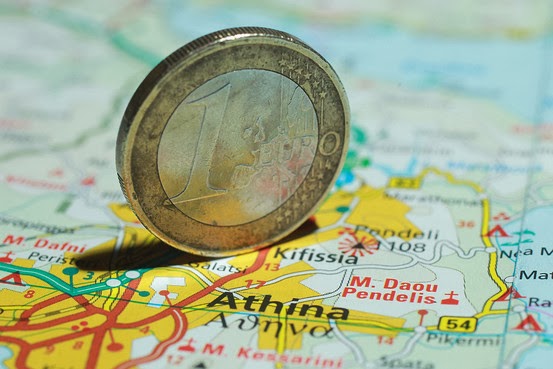 Greece's government submitted its 2014 budget to Parliament on Thursday despite not having reached a deal with international budget inspectors over further cutbacks needed for next year.

The budget shows a more robust primary surplus than previously expected for this year—Greece's first in a decade—strengthening Athens's hand in what has become a game of high-stakes negotiation for the Greek government with its creditors. In an effort to sidestep the latest demands by the inspectors, Prime Minister Antonis Samaras visits Berlin for talks with Chancellor Angela Merkel on Friday and Saturday to seek her backing.

"That surplus, if you exclude the impact of the recession and other current factors, is estimated to be the highest among euro-zone members," said Deputy Finance Minister Christos Staikouras. "Revenues more than covered the goals set, the first time that has happened in the last five years."

According to the budget, Greece says it will achieve a primary surplus—before debt payments—of €812 million ($1.09 billion) this year, double the government's own forecasts of just a month ago, and something that bodes well for meeting next year's fiscal targets as well.