To Save Europe, Free the Markets 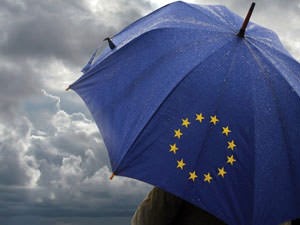 The current European economic strategy is to kick the can down the road. Debt levels in almost all European countries continue to rise and growth seems to be a long forgotten memory. The day of reckoning is around the corner, as Rudi Dornbush once warned, “[t]he crisis takes a much longer time coming than you think, and then it happens much faster than you would have thought, and that’s sort of exactly the Mexican story. It took forever and then it took a night.”

To get real results fast, European leaders need to ditch austerity and focus more on policies that enable the private sector to provide the right supply at the right prices.

A good first step, which may even be politically possible, would be to change the land-use laws, allowing owners of agricultural land to dispose of their assets as they see fit. Land-use legislation in France is a perfect example of the worst of Soviet-style planning. It all began with a 1967 law requiring major cities to establish zoning plans. At first, those plans were only limited to large cities, but were soon extended to most cities. The regulatory framework on land, helped by EU laws and regulations, exploded during the 1980s and 1990s with the creation of coastal laws, wet zone laws, biodiversity laws, and nature zones preservation laws. Environmentalist groups were instrumental in the enactment of many of these new laws.