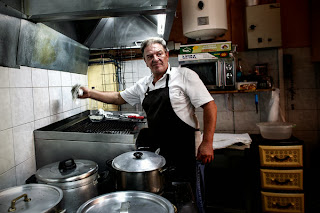 The tax inspectors swept into this picturesque village in Crete during the middle of a saint’s day celebration recently, moving from restaurant to restaurant demanding receipts and financial records. Soon, customers annoyed by the holiday disruption confronted them. Pushing, shoving and angry words followed, and eventually the frightened inspectors were forced to flee.

“People are so angry and so poor,” said Nikolis Geniatakis, who has run his restaurant here on the main square for the last 34 years and who watched the confrontation from across the street. “What were the tax inspectors doing here? Why aren’t they going after the big fish?”

If Greece is ever going to get its public finances in order and escape grinding budget austerity, it will have to do a better job collecting taxes. For years, economists have pointed to rampant tax evasion as one of the country’s most serious problems, depriving the government of money it badly needs.

But as the confrontation in Archanes shows, the effort to collect taxes has not gone well; having inspectors run out of town is hardly evidence that the rule of law is taking root in the Greek economy. Rather than instilling a sense of fairness, the more aggressive tax collection program in some ways appears to have aggravated the problem. In particular, attempts to cast a broad net have only fueled public anger at the wealthy, who are often seen as the main culprits.