Why Greece Is Not Weimar 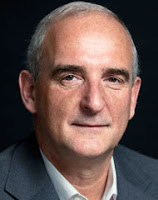 The perfect political storm for violent extremism has descended on Greece. It consists of national humiliation, economic disaster, high immigration, political division and international tutelage. Look no further than Weimar Germany to understand its ingredients.

In the subdued streets of the Greek capital, where a vague menace hangs like a pall, tempers are frayed. The economy is turning slowly, after draconian cuts and two bailouts totaling €240 billion, but not enough yet to be felt. The cry of the extreme right resounds: We, the fathers of civilization, have been sold out by the international loan sharks!

These are familiar insinuations. It is well known where they can lead. The neo-Nazi Golden Dawn party is rising, from a negligible fringe group in 2009 to what is almost certainly the country’s third political force today, representing close to 15 percent of the vote, according to polls. If the most acute phase of Greece’s economic crisis has passed, the most acute phase of its political trial is upon it.

I have little doubt that if Greece were not part of the European Union, with the protection and example afforded by this much maligned democratic club, it would have tumbled into catastrophe by now, much as a humiliated Germany did after 1918. Europe has been Greece’s protector even as the single euro currency has been its tormentor. 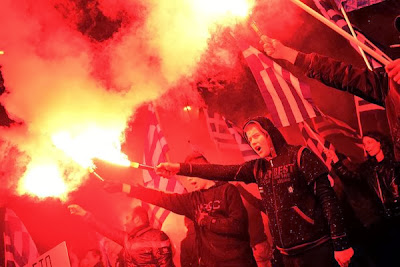 Posted by Yulie Foka-Kavalieraki at 8:12 AM