The Three Types of Austerity 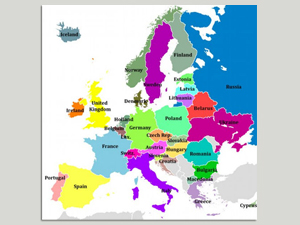 Reading the financial press, one gets the impression there are only two sides to the austerity debate: pro-austerity and anti-austerity. In reality, we have three forms of austerity. There is the Keynesian-Krugman-Robert Reich form which promotes more government spending and higher taxes. There is the Angela Merkel form of less government spending and higher taxes, and there is the Austrian form of less spending and lower taxes. Of the three forms of austerity, only the third increases the size of the private sector relative to the public sector, frees up resources for private investment, and has actual evidence of success in boosting growth.

Let’s take a closer look at the Merkel form of austerity being implemented in Europe in which governments “plan” to cut their spending and raise tax revenues. Of course, “planned” cuts are not actual cuts. Four years after the crash of 2008, the UK government had only implemented 6 percent of planned cuts in spending and only 12 percent of planned cuts in benefits. In almost all European countries, government spending is higher today than it was in 2008. A new study by Constantin Gurdgiev of Trinity College in Dublin examined government spending as a percentage of GDP in 2012 compared with the average level of pre-recession spending (2003–2007). Only Germany, Malta, and Sweden had actually cut spending.

Although several governments have raised tax rates, tax revenues have collapsed in response. The large and growing black markets in Greece, Italy, Spain, and even France are a testament to wrongheaded European tax policies. Current commitments to reign in tax fraud are a joke when tax rates are already at nosebleed levels.