A Cautionary Tale: The true cost of austerity and inequality in Europe 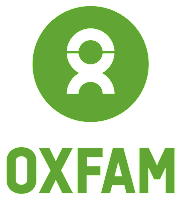 European austerity programmes have dismantled the mechanisms that reduce inequality and enable equitable growth. With inequality and poverty on the rise, Europe is facing a lost decade. An additional 15 to 25 million people across Europe could face the prospect of living in poverty by 2025 if austerity measures continue. Oxfam knows this because it has seen it before. The austerity programmes bear a striking resemblance to the ruinous structural adjustment policies imposed on Latin America, South-East Asia, and sub-Sahara Africa in the 1980s and 1990s. These policies were a failure: a medicine that sought to cure the disease by killing the patient. They cannot be allowed to happen again. In A Cautionary Tale: The true cost of austerity and inequality in Europe Oxfam calls on the governments of Europe to turn away from austerity measures and instead choose a path of inclusive growth that delivers better outcomes for people, communities, and the environment.

Oxfam has also produced a series of country case studies on the damaging effects of austerity. These cover France, Germany, Greece, Iceland, Ireland, Italy, the Netherlands, Portugal, and the UK.