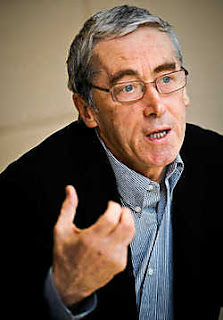 What do you think are the major weaknesses in the structure of the EMU even before the crisis?

I think that there are a number of design failures. So, I will stick to those that I think are the most important. One is that, while we centralized money, so much of the rest of market economic policies were kept at national level, creating an environment in which countries could diverge. We have seen booms and bubbles in countries such as Ireland, Spain, and also a consumption boom in Greece while in other countries, this didn’t happen. So we had divergence, in the monetary union that was totally unchecked, and there was no mechanism to bring that together, to put some convergence to the system. Then of course, at a certain moment this became unsustainable, countries that experienced a boom, financed it through an excessive debt. And that was one design failure – no mechanism to somehow contain these divergences.

The other design failure has to do with the fact that, when we started the monetary union, something radically changed. It has to do with the way governments finance themselves. Before joining the monetary union, governments issued their own currency and therefore could guarantee to their bondholders that the cash will always be there, because we make the cash ourselves. Therefore, the Greek government could guarantee to the bondholders that the drachmas will always be there to pay them out. This meant that governments could not be pushed into default by the market. This changed dramatically with the start of the monetary union when suddenly all these governments had to issue debt in a foreign currency, in euro. Therefore, they could not guarantee that the cash will always be there. As a result, if you distress the particular government, you feel that the government has not the cash anymore and that can create a self-fulfilling crisis, forcing governments to an excessive austerity, pushing to a recession. Therefore, what was lacking was the will of the Central Bank to provide liquidity in times of crisis. This was the second design failure, and the two together played their role, because these divergences that I was talking about, at a certain moment created this déjà vu for a particular government or for a number of governments and then created a self-fulfilling crisis and pushed them to a bad equilibrium. These are the design failures and we must do something to change them.

Now, the way you describe these weaknesses and their contribution to the crisis, how did they prove to be a problem in handling this crisis? What were the weaknesses, which did not allow for a proper handling of the crisis, even at the time when it had made itself apparent?

They didn't handle the crisis very well because the diagnosis was fundamentally wrong. They didn’t see the nature of these design failures, the diagnosis was wrong; the source of the divergences that we have seen was in the private sector: in some countries excessive debt accumulation because of euphoria, booms and bubbles. After a certain moment of course, when the crisis came, governments were forced to pick up the pieces, which then led them to a fiscal crisis. In the North of Europe especially, the fiscal crisis that emerged was interpreted to mean all these governments had been undisciplined in the past and that, therefore, we have to discipline them. Consequently, they introduced disciplining devices at the wrong moment, because this was basically a balansheet recession, where the private sector, because of excesses, wanted to deleverage. In this case, it is inevitable for governments to increase their debt. However, because of the wrong diagnosis, they thought that the problem lay in fiscal discipline. They did things that intensified the crisis, they tried to over-discipline governments at the wrong time. I am not saying that we should not do anything about the debt explosion that we have seen; at a certain moment we have to contain that. But the timing was completely wrong. That was the first failure. The second failure has to do with the point I made earlier; with not seeing the fragility of the system. The ECB should have intervened much earlier. Finally, in 2012, they decided that, yes, it had to be the lender of last resort -the back-bone of the system- but they did that too late. As a result, this allowed this crisis to intensify, thus producing the second recession that we are in.