Only Syriza Can Save Greece 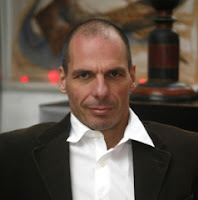 The sudden closure of Greece’s state television and radio network, the Hellenic Broadcasting Corporation, known as ERT, on June 11 has led to a political drama. The network’s journalists and staff have occupied ERT buildings, and large crowds have gathered to show support. With transmitters dark, broadcasting resumed over the Internet, and soon stations all over Europe picked up the feeds. Overnight, a state-run organization that had long been reviled for corruption and cronyism became the voice of a democratic resistance.

The crisis could also take down the Greek government and bring the left-wing opposition to power. This wouldn’t be a bad thing for Europe or the United States. The policies currently imposed upon Europe’s periphery are worsening the crisis, threatening Europe’s integrity and jeopardizing growth. A Greek government that rejects these self-defeating policies will do more help than harm.

We traveled to Thessaloniki on June 12, the day after ERT was closed, for a scheduled interview at ET3, a local ERT station. Our interview never happened because the channel had ceased broadcasting hours before. But at the offices, we ran into Alexis Tsipras, head of the opposition party Syriza, which narrowly lost Greece’s national election last June. Mr. Tsipras is now running a campaign to reinstate ERT as a potentially independent broadcaster. Having greeted the occupiers, Mr. Tsipras walked with us to a nearby hall for an economic discussion that had acquired, suddenly, an audience of over 2,000 people.