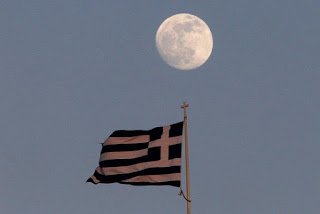 The International Monetary Fund is set to admit to major missteps over the past three years in its handling of the bailout of Greece, the first spark in a debt crisis that spread across Europe.

In an internal document marked "strictly confidential," the IMF said it badly underestimated the damage that its prescriptions of austerity would do to Greece's economy, which has been mired in recession for years.

But the fund also stressed that the response to the crisis, coordinated with the European Union, bought time to limit the fallout for the rest of the 17-nation euro area.

The IMF said that it bent its own rules to make Greece's burgeoning debt seem sustainable and that, in retrospect, the country failed on three of the four IMF criteria to qualify for assistance.

A version of the document, prepared by IMF staff and seen by The Wall Street Journal, was expected to be released publicly by the Washington-based fund on Thursday.