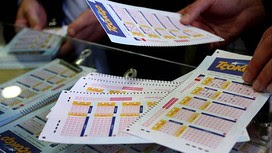 Greece is struggling to avoid the collapse of a second big privatisation, amid pressure from bidders for the state gaming monopoly to change terms of a deal agreed last month.

The problems with the €700m sale of OPAP threaten to add to tension with Greece’s international creditors, who fear the slow pace of privatisations will require further more cuts to keep the country’s bailout programme on track.

Emma Delta – a bid vehicle backed by Greek oil tycoon Dimitris Melissanidis and Czech billionaire Jiri Smejc – made the only offer for the Greek state’s 33 per cent holding in OPAP.

According to documents seen by the Financial Times, Emma Delta now wants to cancel two elements of the deal: a three-year, €110m contract with Intralot, OPAP’s Athens-based technology supplier; and a 12-year concession to operate the Greek state lottery in return for a €190m down payment and €50m annually.