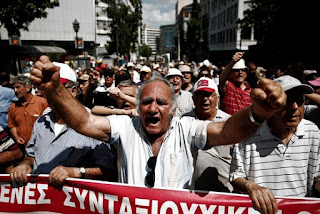 The European Commission on Thursday defended its handling of Greece's first bailout after the International Monetary Fund released a report criticizing the EU's executive arm while admitting to serious mistakes of its own.

The commission "fundamentally disagrees" with the opinion expressed in the IMF paper that Greece would have been better off restructuring its debt sooner than May 2012, Simon O'Connor, spokesman for the commission's economics chief Olli Rehn, said in Brussels.

He also dismissed the fund's claim that the commission neglected the need for structural changes to foster economic growth, calling the allegation "wrong and unfounded."

In its report, the IMF admitted that Greece didn't fulfill three of four criteria it uses to determine a country's eligibility for financial aid. But the Washington-based institution also pointed a finger at the EU, saying it bent its own rules.

Mr. O'Connor rejected that notion: "We don't tweak our rules as others imply they have done." 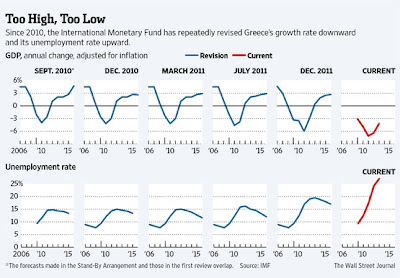 Posted by Yulie Foka-Kavalieraki at 6:23 PM