A Wily Banker Reaches the Top 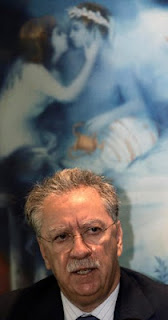 Not long ago, Michalis G. Sallas, the chairman of Piraeus Bank in Greece, had a dream: to make his bank too big to fail.

But now that he has managed to turn his bank into Greece’s largest, ensuring that Piraeus will be eligible for a bailout from the European Union, Mr. Sallas runs the risk that some of the steps he has taken along the way may come back to haunt him. Those moves include borrowing more than 100 million euros ($132 million) from a friendly banker in a bid to prop up the falling shares of his own bank and making risky loans to people and entities with ties to Piraeus.

Europe is preparing to close the books on perhaps the most ambitious aspect of its plan to keep Greece afloat: a cash injection of about 50 billion euros into the country’s four largest banks.

And bank governance has emerged as a critical issue, with the country’s creditors, who arrived in Athens this week to carry out their latest audit, insisting that continued aid is conditional on banks’ demonstrating that their conduct is above reproach.

Still, Greece’s overseers from the European Union and the International Monetary Fund may well find that even with increased oversight, changing the freewheeling business culture that long defined the Greek financial system will be easier said than done.

The rapid rise of Mr. Sallas exemplifies that culture. A tough, charismatic banker who seized control of Piraeus in 1991 and built it up by dint of more than 15 mergers and acquisitions, Mr. Sallas reached the pinnacle of the Greek banking world in March when he capitalized on Cyprus’s banking disaster, buying the Greek units of that island’s three biggest financial institutions, Bank of Cyprus, Laiki Bank and Hellenic Bank. 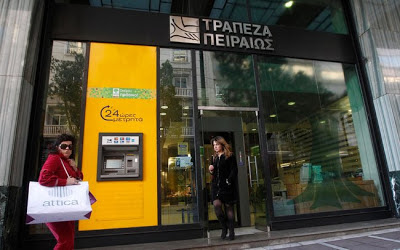 Posted by Yulie Foka-Kavalieraki at 8:34 AM