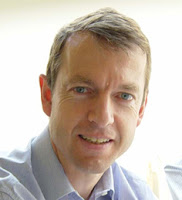 The most visible symptom of the crisis in the eurozone has been the high and variable risk premiums that its peripheral countries now must pay on their public debt. Moreover, an influential paper by the American economists Carmen Reinhart and Kenneth Rogoff suggests that economic growth falls sharply when a country’s public debt rises above 90% of GDP. So the policy prescription for solving the crisis seems simple: austerity. Fiscal deficits must be cut to reduce debt levels.

But the debate about austerity and the cost of high public-debt levels misses a key point: Public debt owed to foreigners is different from debt owed to residents. Foreigners cannot vote for the higher taxes or lower expenditure needed to service the debt. Moreover, in the case of domestic debt, a higher interest rate or risk premium merely leads to more redistribution within the country (from taxpayers to bondholders). By contrast, in the case of debt owed to foreigners, higher interest rates lead to a welfare loss for the country as a whole, because the government must transfer resources abroad, which usually requires a combination of exchange-rate depreciation and a reduction in domestic expenditure.

This distinction between foreign and domestic debt is particularly important in the context of the euro crisis, because eurozone countries cannot devalue to increase exports if this is required to service foreign debt. And the evidence confirms that the euro crisis is not really about sovereign debt, but about foreign debt.