What Really Happened in Cyprus? 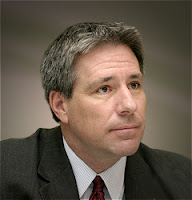 Did Cyprus become an economic basket case because it is a tax haven, as some leftists have implied?

Did it get in trouble because the government overspent, which I have suggested?

The answers to those questions are “no” and “to some degree.”

The real problem, as I explain in this interview for Voice of America, is that Cypriot banks became insolvent because they made very poor investment decisions, particularly their purchases of Greek government bonds.