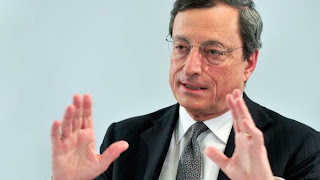 Is Super Mario struggling to reach the next level? After two big victories – offering banks unlimited three-year loans in 2011 and then creating a bond-buying programme to keep the euro area together – Mario Draghi’s options as president of the European Central Bank have narrowed, while the economic malaise just keeps growing.

The man nicknamed Super Mario during 10 tumultuous years at the Italian Treasury has been widely praised for monetary policy actions that eased financial market tensions threatening the bloc’s existence. Yet the real economy has steadily worsened and divergences between countries are still widening.

Unemployment across the 17 eurozone countries set a fresh record on Tuesday, with country-by-country data ranging from the 26.7 per cent of Spaniards out of work in March to a rate of just 5.4 per cent in Germany. France, the number two eurozone economy, has seen joblessness rise by a percentage point over the past year to 11 per cent.

Bank borrowing costs for small companies, the backbone of many European economies, remain wildly out of touch with the interest rates set in Frankfurt by the ECB for those businesses that are located in Spain, Italy and other countries worst hit by the crisis. That means even companies that want to borrow to expand their businesses cannot, hitting employment prospects.